Well Summer is in full swing here in Ohio.  Corn is tasseling, Tomatoes are starting to blush, and the Peaches...oh my are they sweet and juicy!

You would think that this would be a time for the birds to take it easy, but they are not.  Song birds are feeding working on their second...and in some cases third brood of chicks, raptors are patrolling the skies, and the Canada Geese are making a mess of things...as usual. :-)  There are also birds beginning their migration journeys...the "Fall" migration of shorebirds actually BEGINS in July.  So I begin checking flooded fields and wetlands as well as my state's listserv, and the weather radar as soon as July 1.

Yes I check the radar...it's not just for rain.  You know when the weather forecaster shows a picture of the city and says that all the green you are seeing is "ground clutter"?  That clutter is usually birds or bats. Here is a link to the USGS center in Fort Collins discussing the use of RADAR and migration.  You can actually see this if you go on the the National Weather Service Enhanced Radar Image Loop map.  Starting around 9 pm check the NWS' National Mosaic Map .  You will begin to see blooms of colors all over the map. That would be them. :-) You will not see them in an area where there is a storm due to the NWS filtering out the "clutter", so that the storm will show up better.  Below is an example that I captured from a couple of days ago. 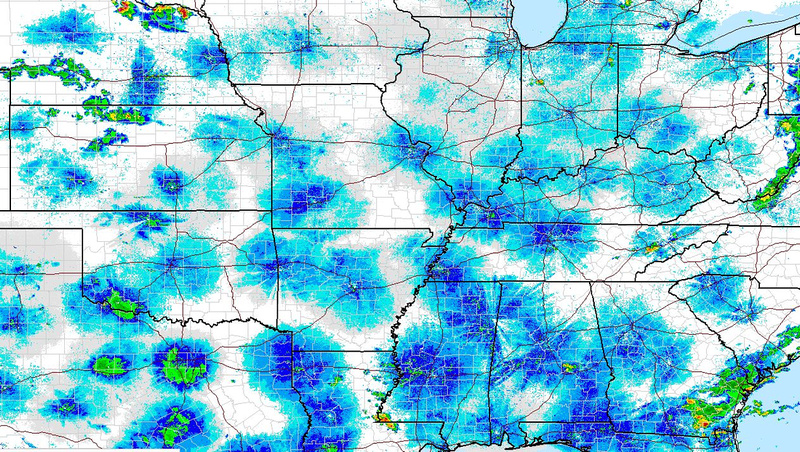 At my local patch was one of those rare little surprises that you only get to see once and a while...and that I hadn't seen since I was in Arizona.  You can read about that trip here.

(As always, select any of the pictures below to go to the gallery.)

An American Avocet was reported at a wetland just a few miles up the road from me at Killdeer Plains.  They will usually be found along the coastline of Lake Eire on their way to the Eastern coast, and all parts South.  Sometimes you will see one or two along the sandy beaches of lakes...when they are not being harassed by humans and dogs...and the occasional Eagle. :-) 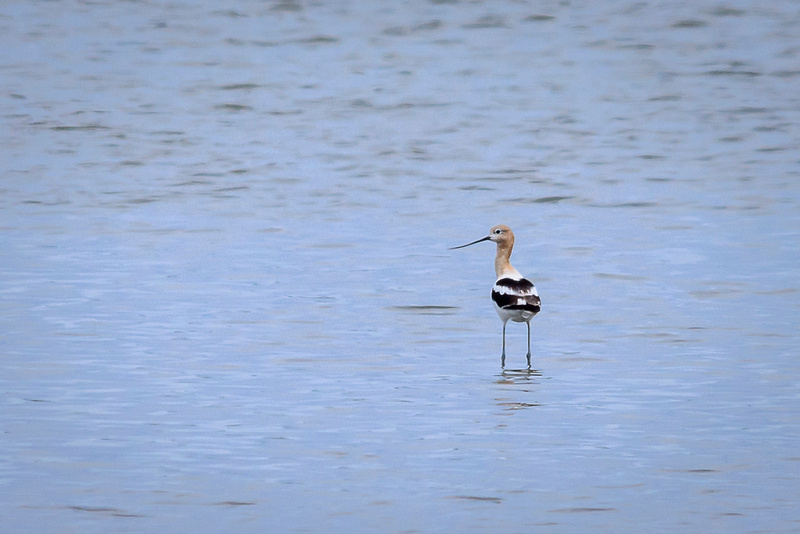 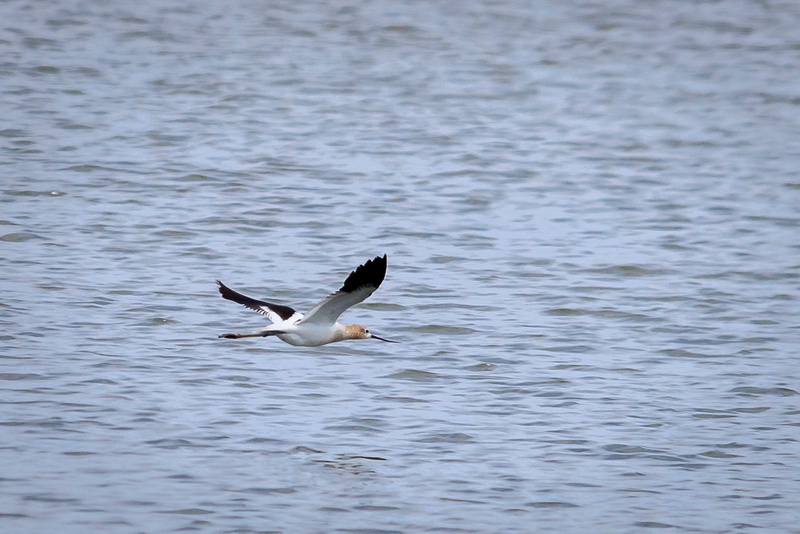 There are also Lesser and Greater Yellowlegs galore out there. The Greater and Lesser both look about the same...except the Greater is larger.  The bill is a little bigger, the legs are chunkier, and the body is bigger.  Here is a picture of a pair of Lesser Yellowlegs battling for a spot. : 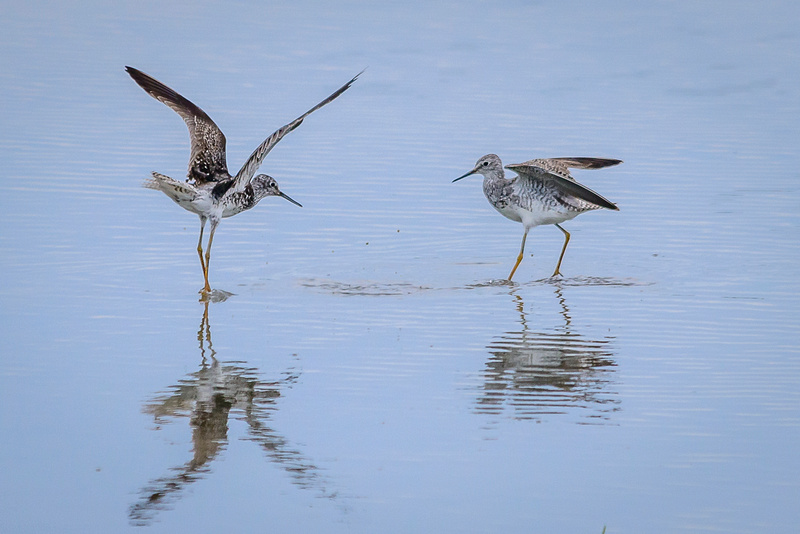 The Semipalmated Plover is another little shorebird passing through right now. The bird is about the size of a baby duck, and look similar to a Killdeer.  So much so that you could confuse them for babies especially since they often hang out with Killdeer.  Killdeer are part of the Plover family, but they are not the same. 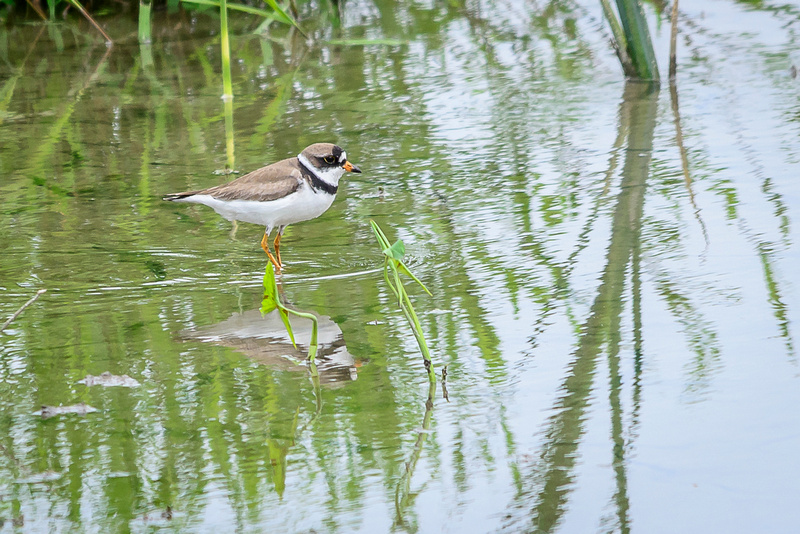 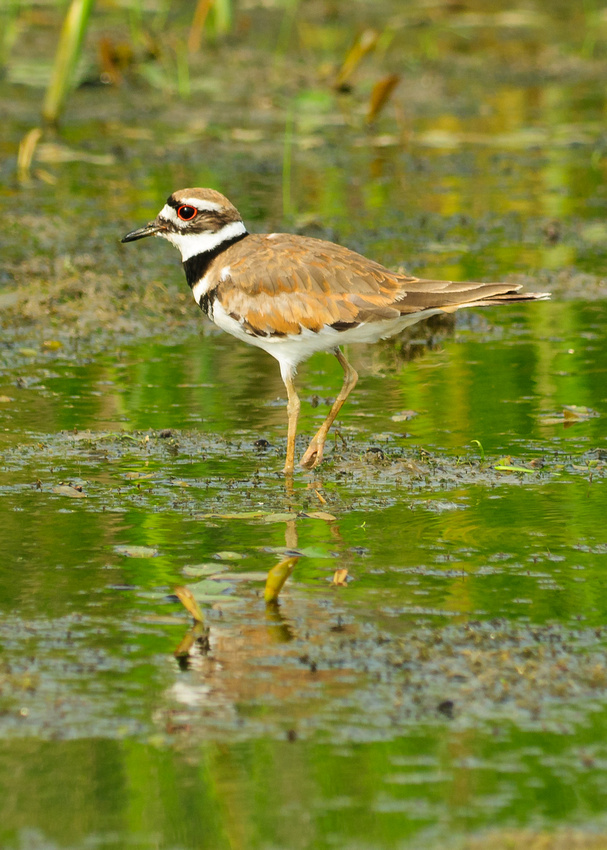 Ruddy Turnstones are also on their way down.  You will find these in sandy shoreline areas as opposed to the flooded fields and wetlands. 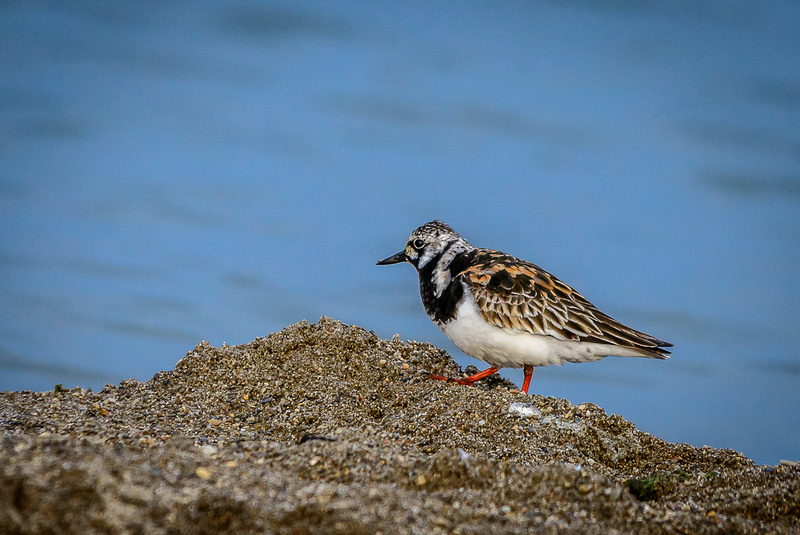 These are only a few of the shorebirds starting to make their way down.  So keep an eye out for some of God's winged wonders heading south for vacation. :-D