Chincoteague Part 4...The Last Of The Birds

Well, I finally got the rest of my bird pictures finished...It's a lot harder when you have to work during the week. :-D  Lots to go through.  Here are some of the better ones.

10. Willet are a shorebird that Ohio gets some passing through in the Spring and Fall.  At Chincoteague/Assateague, they nest in the same beach areas that the Piping Plovers do, but they nest in the grassier areas...and while some birds like the  Plover feign illness to lure you away from the nest...Willet do everything but smack you across the head When you get too close. :-D  So if you see one of thes acting aggressive, kind of like the last two pictures, best just back away...you are too close. ;-) 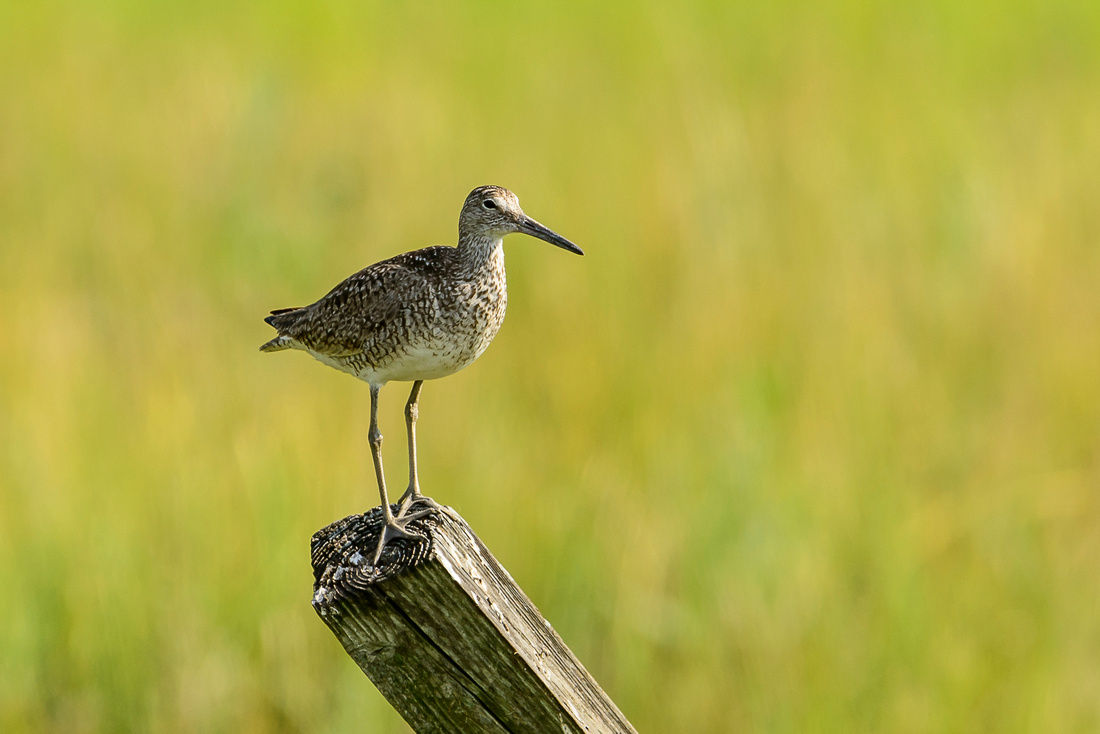 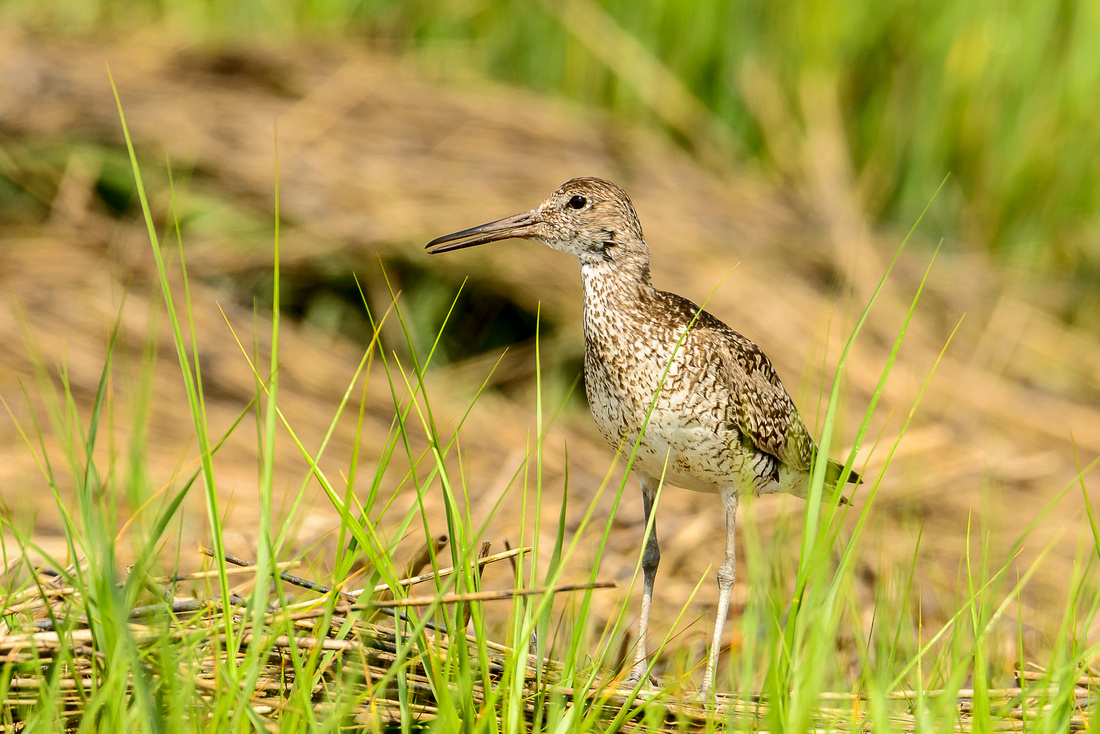 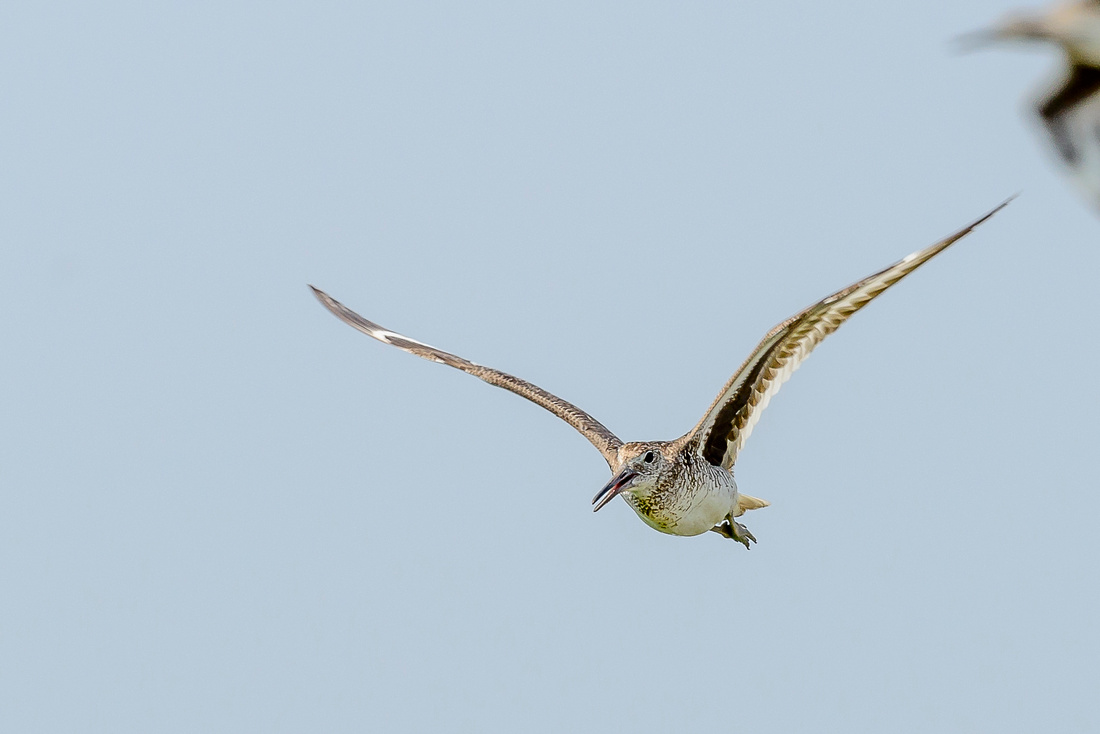 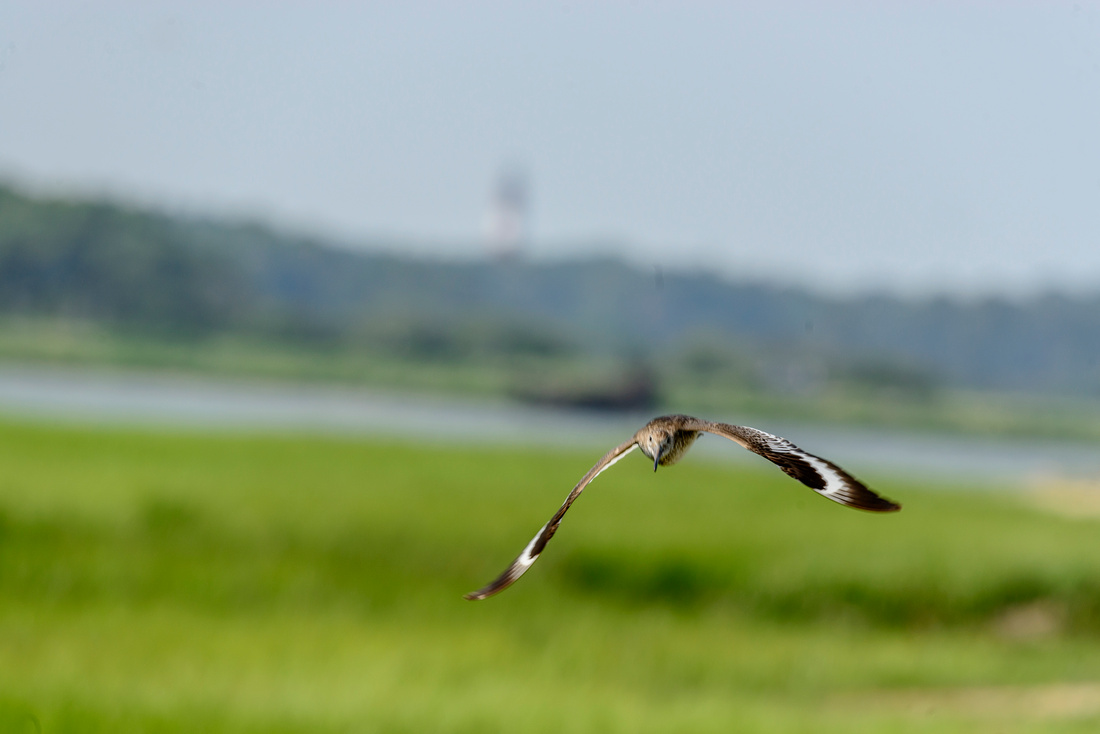 11. Black Skimmers are one of those weird looking birds that are really cool.  They LOOK similar to Terns, and they are part of the same Order (Charadriiformes) and they both eat small fish.  However, Terns will fly around and dive bomb into the water.   Skimmers, skim along the water with their lower bill in the water, just waiting to snap closed when a minnow can't get out of the way in time. 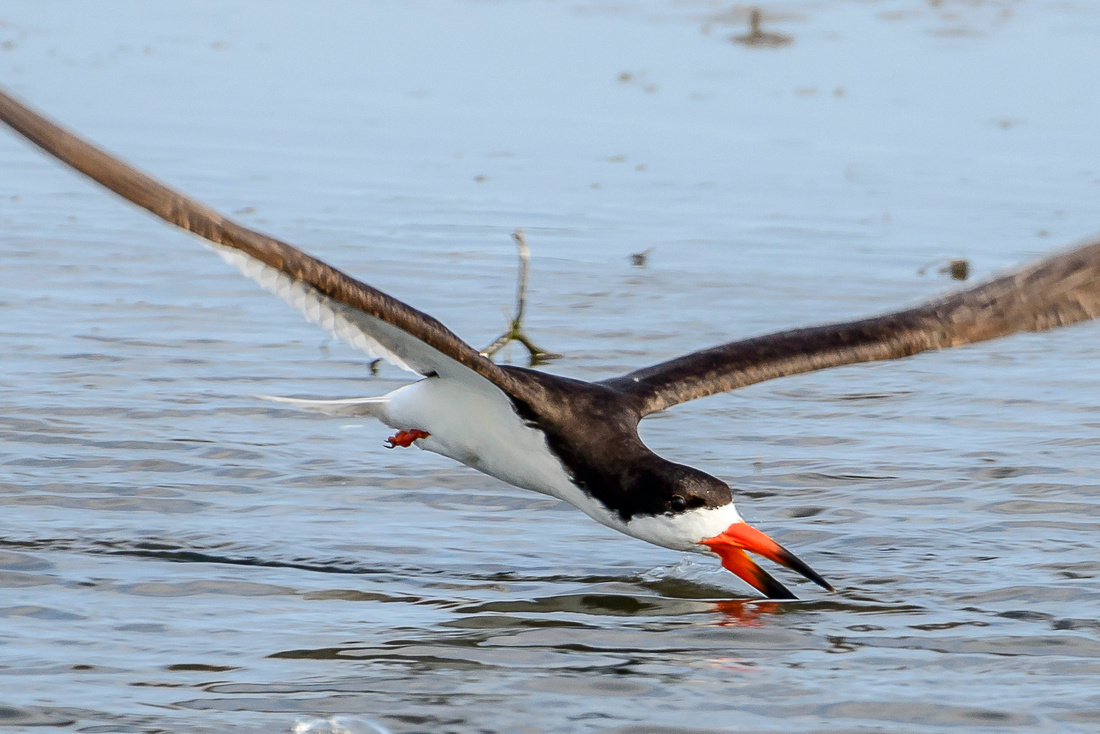 12. Speaking of Terns...:-)  below are a couple of Sandwich Terns, they are a coastal Tern that isn't seen in Ohio.  They were hanging out with a group of other Terns, Skimmers and Gulls right near the end of the day.  I didn't know what they were till I got back home.   I thought they were some other tern species I had seen before.  But the yellow tip on the tip of their bill distinguishes them from others. These were rather far away and I couldn't get closer due to the Plover breeding area, so this will have to do till I go to the coast again. 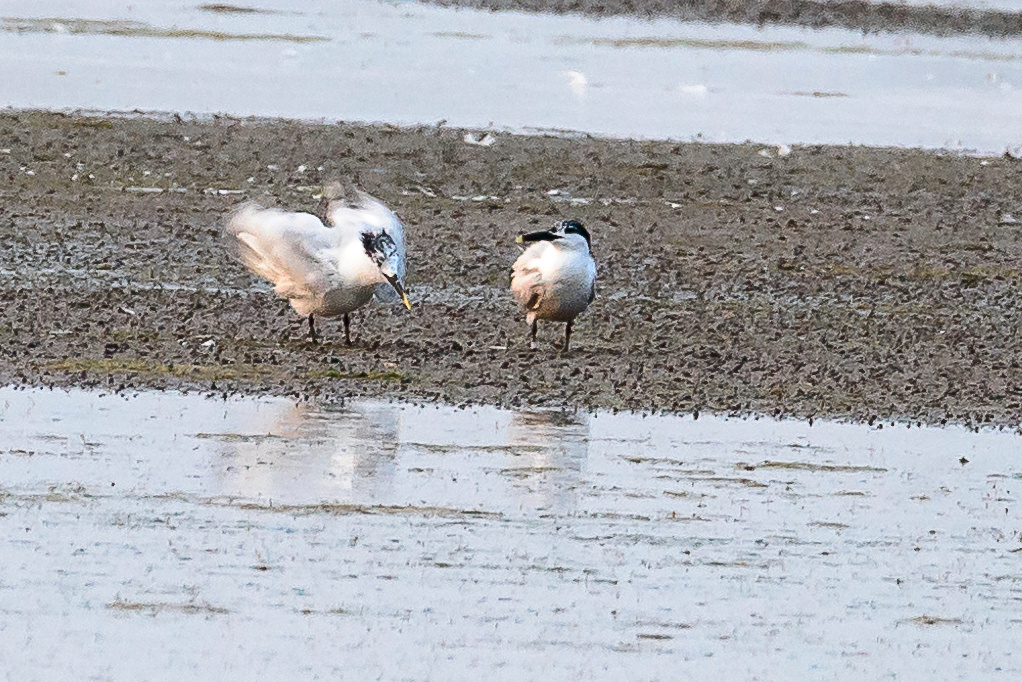 The Sandwich Terns are the ones on the far right.

The following birds are birds that I had seen before.  But I still had a blast photographing them. 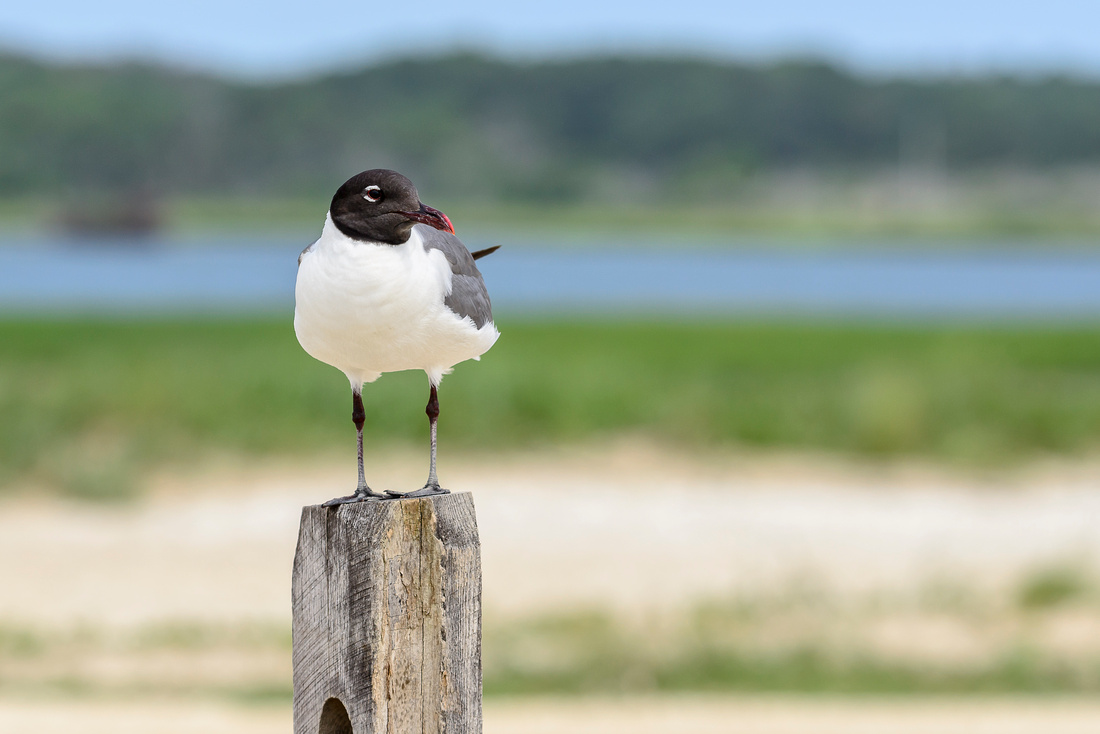 14. Marbled Godwits we see in Ohio every spring and Fall, but it was cool to see these...plus apparently I saw more than they usually see in late June/early July, so I got to set a new high count on eBird for them in June/July. 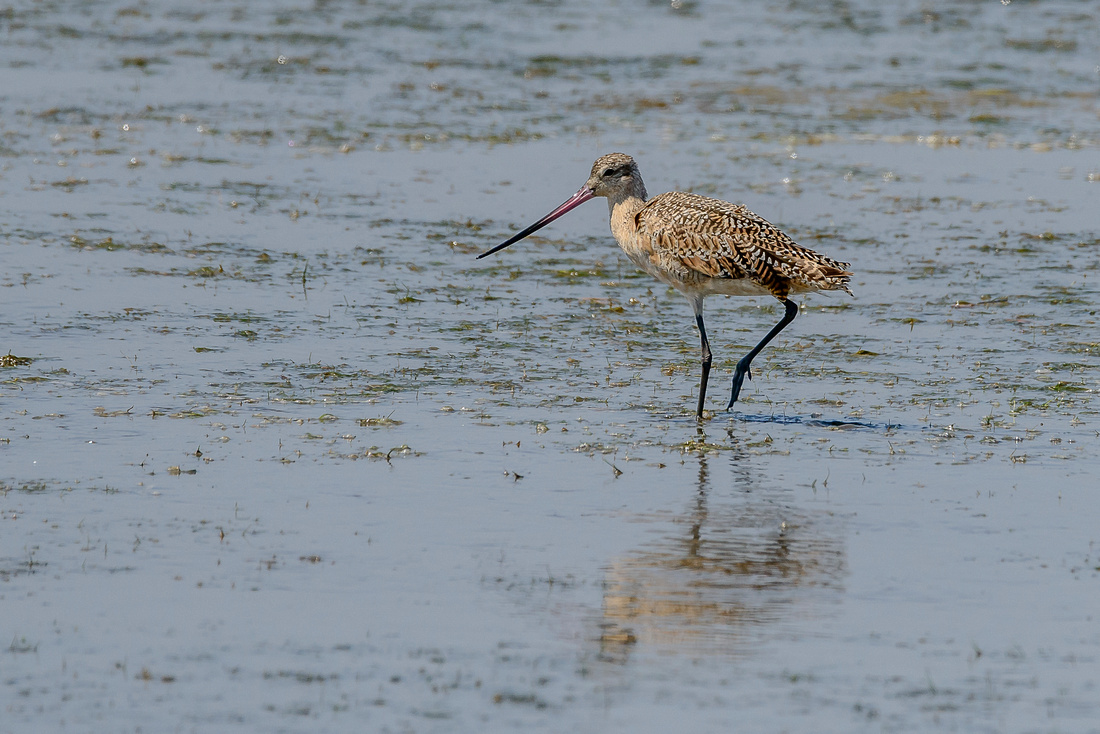 15. Brown Pelicans are in Ohio once every ten years or so, and Chincoteague had about a dozen of them.  They are not as prevalent as they are in the southern states.  But we did see some every day we were there. 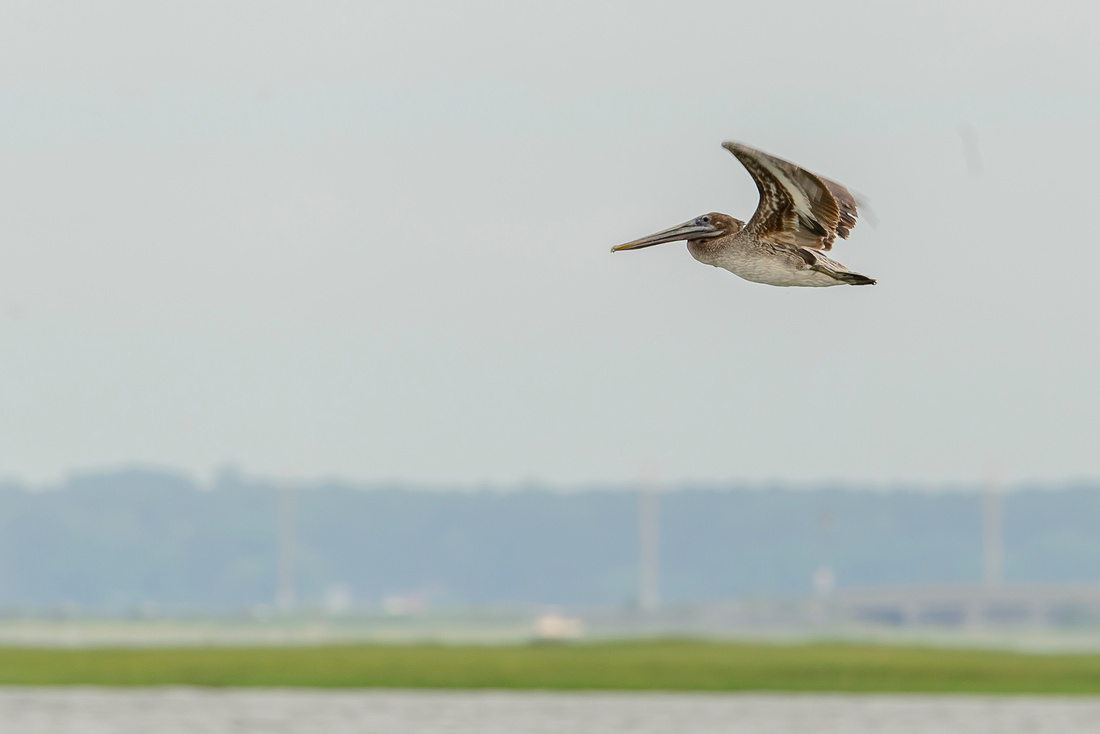 16. Black Vultures are in portions of Ohio. They are similar to their cousins the Turkey Vulture, but missing the ugly red head.  They are also slightly smaller, and the underside of the wings are patterned differently...But they are part of God's cleanup crew, just like their more recognized cousins. :-D 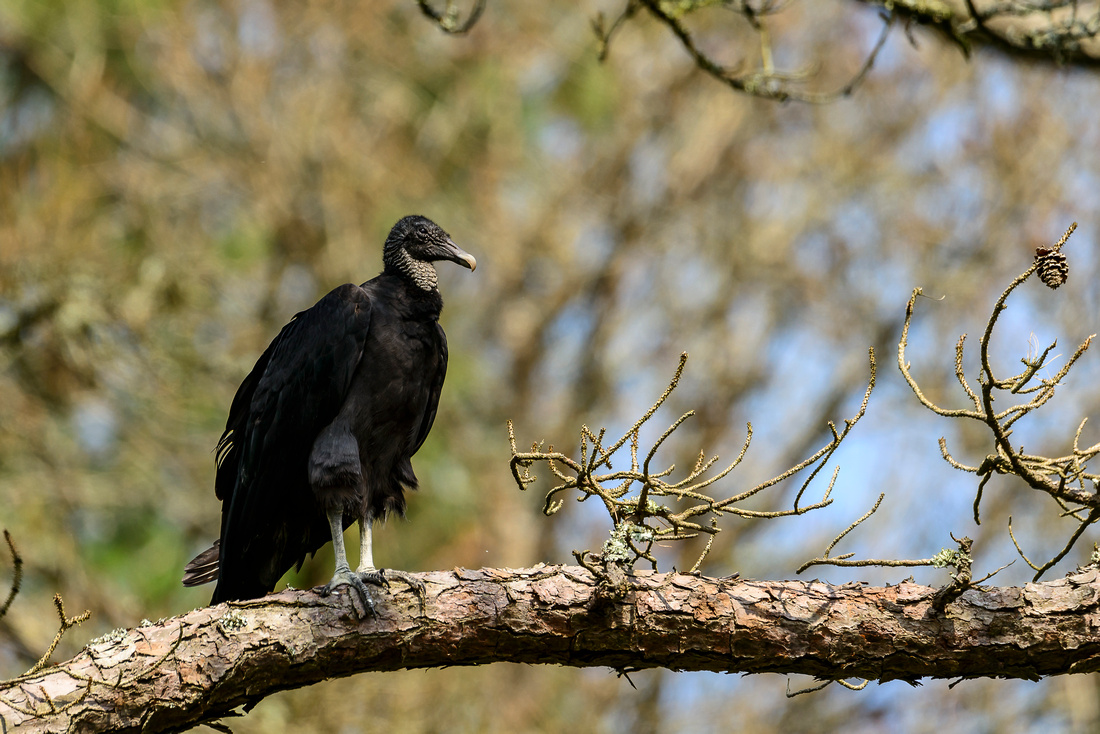 17. Brown-headed Nuthatch.  I didn't include it with my lifer pictures just because...well...I normally would throw this away.  but I needed one for the records.  This and three other birds that are in the region just give me a reason to go back in the spring. :-)  We don't get these here...unless they get blown in from somewhere.  so I will have to make another trip to find a better subject. 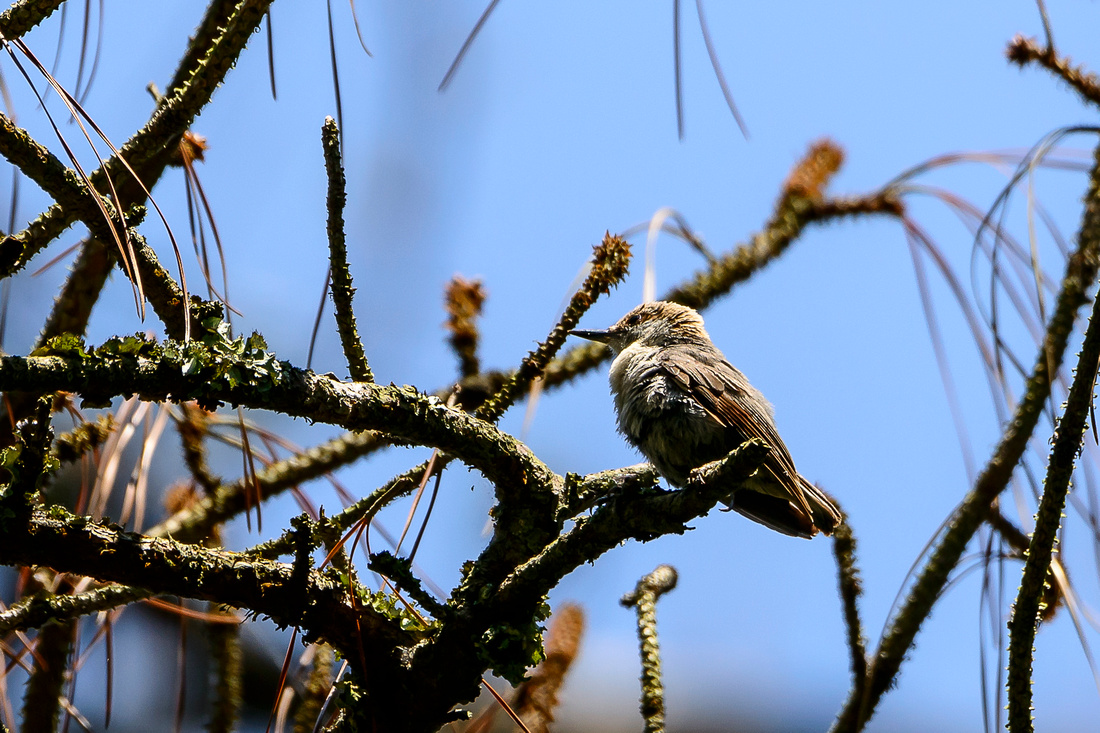