Ibises are interesting wading birds.  Instead of catching fish with their bills like others in their order (Pelicaniformes), they use their bill to probe for insects and shellfish in the mud.  In the US we have three of the nearly thirty Ibis species.

When I went to Chincoteague, one of the birds I went for was a White Ibis.  In Ohio, they have been reported twice in the past ten years.  So I don't get to see those at all. Even though they were at the northern edge of their range, they  turned out to be rather plentiful.: 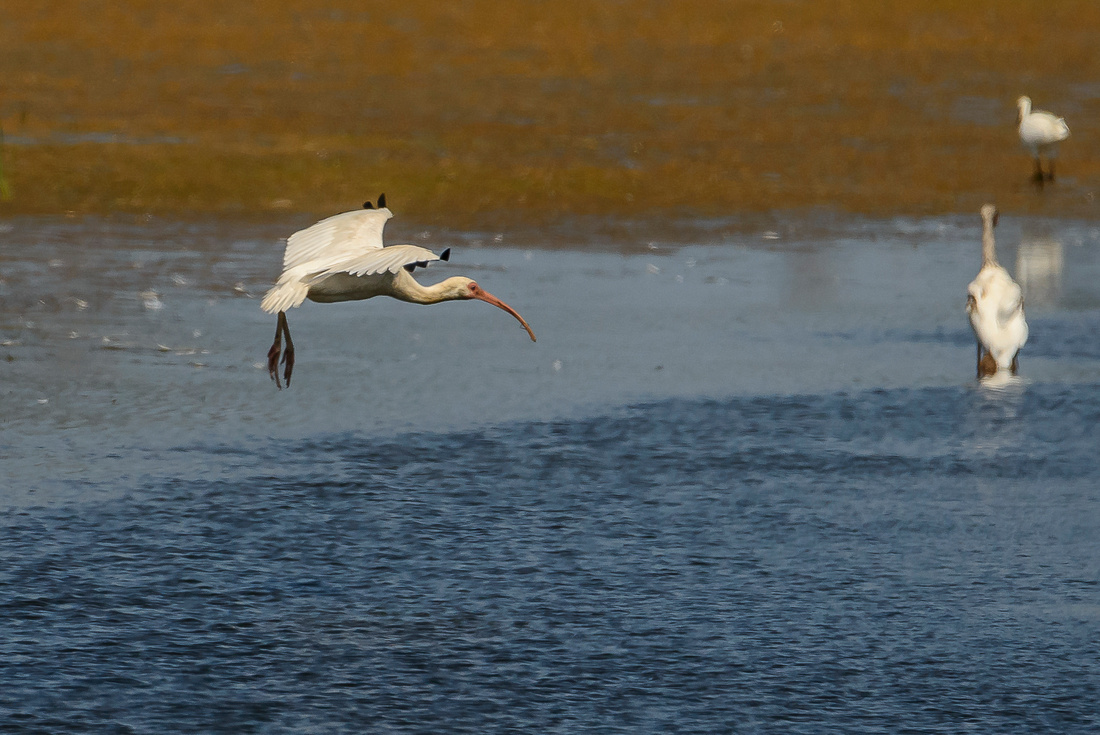 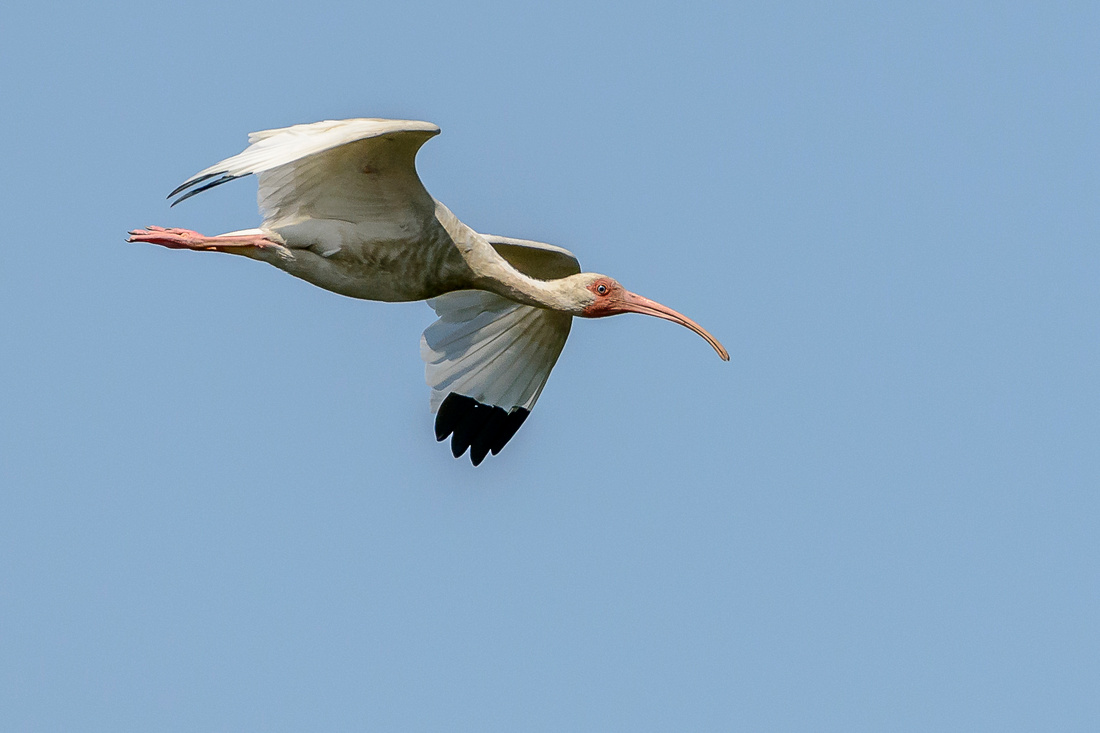 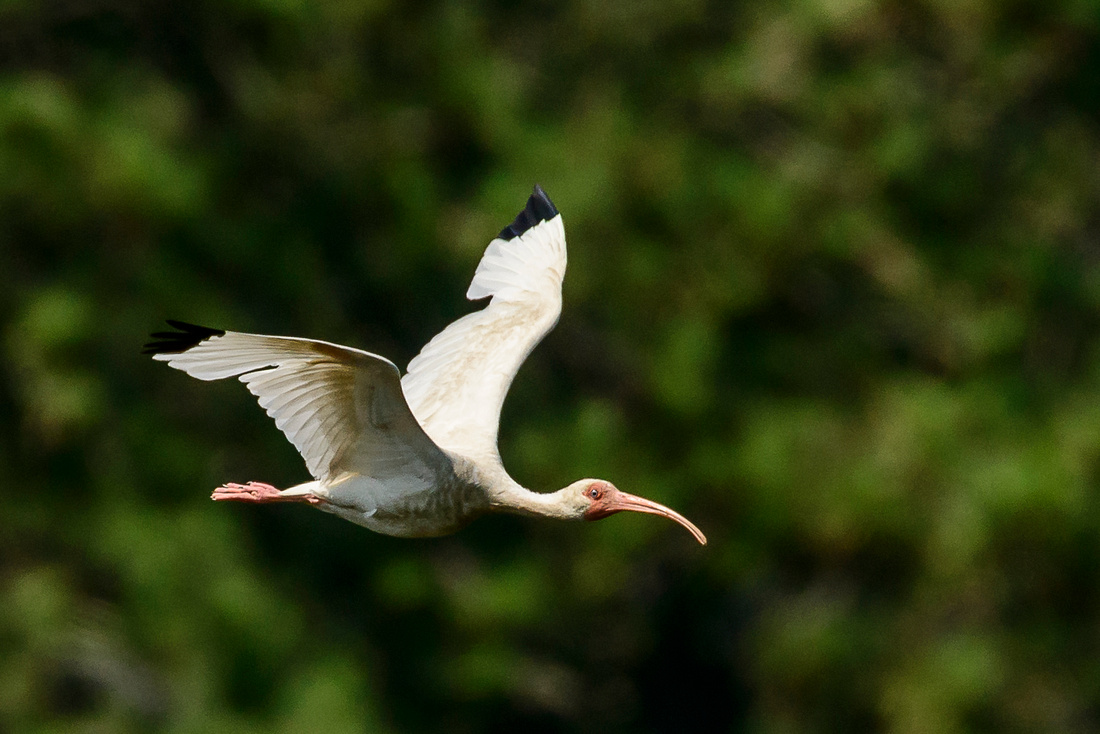 Another Ibis that resides there is the Glossy Ibis.  In the US, they are found along the east and south east coast.  But we get them occasionally here in Ohio during migration. 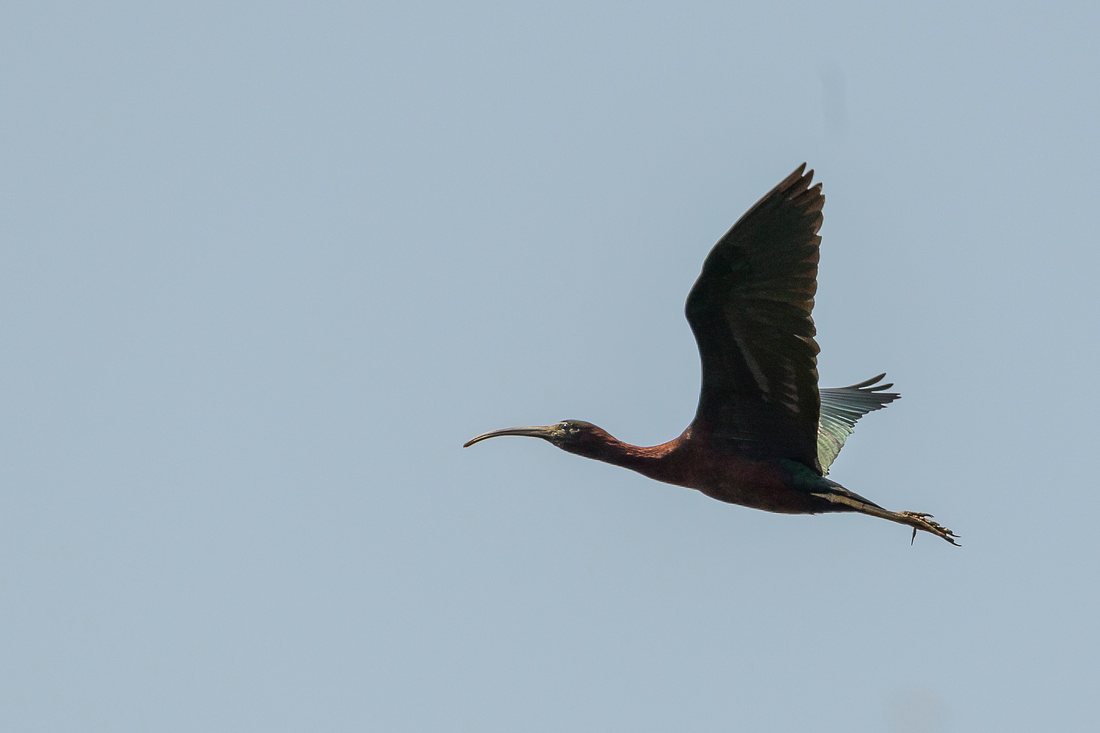 When I got home, I was looking through the photos and got a surprise.  A White-faced Ibis was feeding with the Glossy Ibis.  Looking at the range maps for White-faced, they are not normally seen in that area. Usually they are east of the Mississippi, we get a couple of them every year in Ohio during migration.  But they are usually gone within a couple of days.  So it was a surprise to me that it was there.  I asked the Birding Virginia Facebook group if one had been reported recently, and it turns out that like Ohio, one or two get reported every year.  There was one that had been reported in the spring, but not recently. This one is probably the same one reported earlier in the year.  A White-faced Ibis doesn't really have a white face...weird I know. :-D  It has some white feathers around its face...but the Glossy Ibis have a similar band.  The easiest way to tell the difference between the two is that a White-faced has pink eyes and a pinkish face.  I guess if you look at it from far off, it looks sort of white...

That's it for now. :-D  I have one more round of birds to post as well as one for some of the other local critters.  Until then...