Of Blue Grosbeaks and Indigo Buntings

God has many creatures in his creation.  Some from afar look very similar but when studied up close, are almost completely different.

Blue Grosbeaks and Indigo Buntings are members of the Cardinalidae family.  The most recognized of this species (for most of the United States) is the Northern Cardinal: 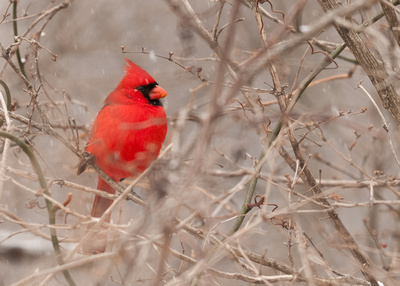 The word "Grosbeak" comes from the French grosbec or "large beak."  And brother, does it have a big beak. :-D But it needs that big beak to crush seed shells and insect exoskeletons.

Blue Grosbeak's traditional breeding areas are in the lower 2/3rds of the United States/Southern Ohio, but have slowly been moving into Central and Northern Ohio...Which is a good thing, because I don't have to take a day off to knock it off my photography life list. :-D  For the past few years, I have seen Blue Grosbeaks pop up on the Ohio Birds Listserv, and Cornell's eBird down at the Battelle Darby Creek Metro Park.  So I got up early and headed down...I had business in Columbus anyways, so why not combine the two.

The Blue Grosbeak is an average sized blue bird with an enormous..make that HUGE silver bill, and a chestnut brown colored wingbars. 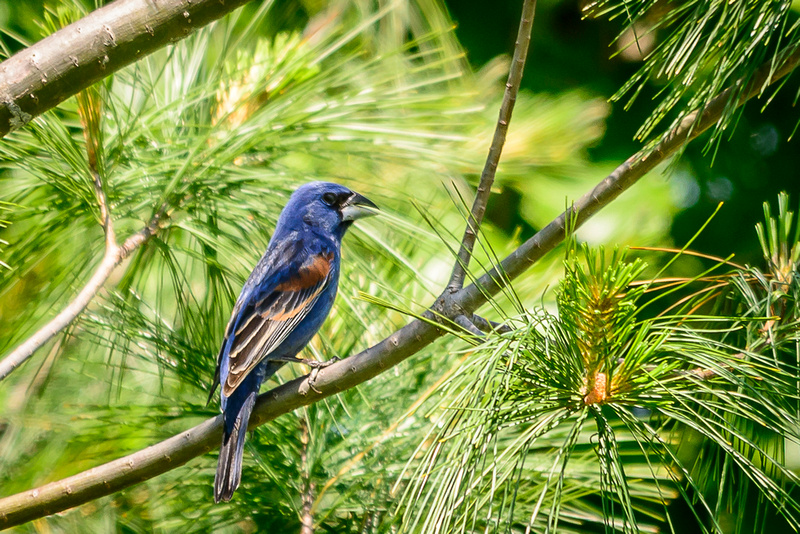 I just love the main color of this bird; Blue...deep Blue, so blue that if the light isn't hitting it the right way, it's almost black. And check out that BILL!: 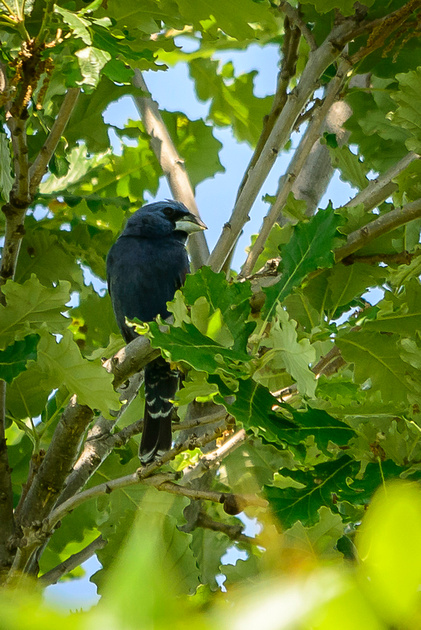 Sometimes it gets confused with the more prevalent Indigo Bunting which is blue, and has a short and stubby bill for crushing seed hulls.   But it is smaller all around, the songs are different, the head has a different profile, the bill is a lot smaller, and the wings are blue and not brown like the Blue Grosbeak. 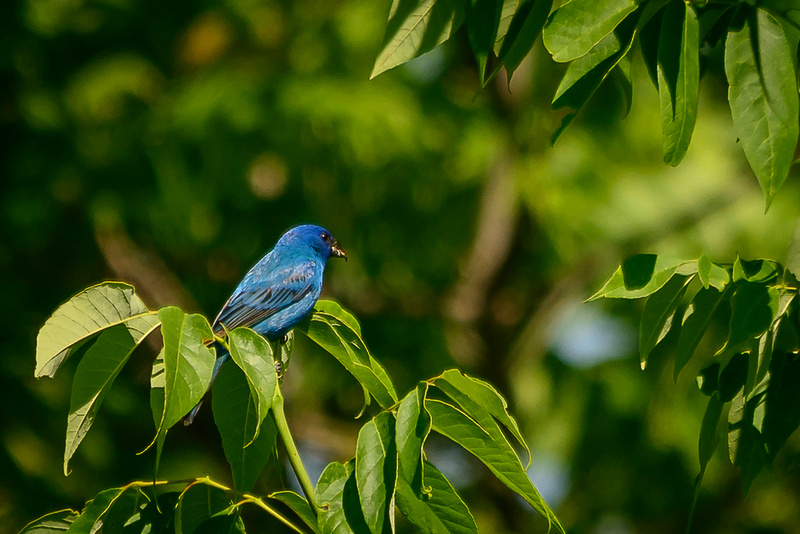 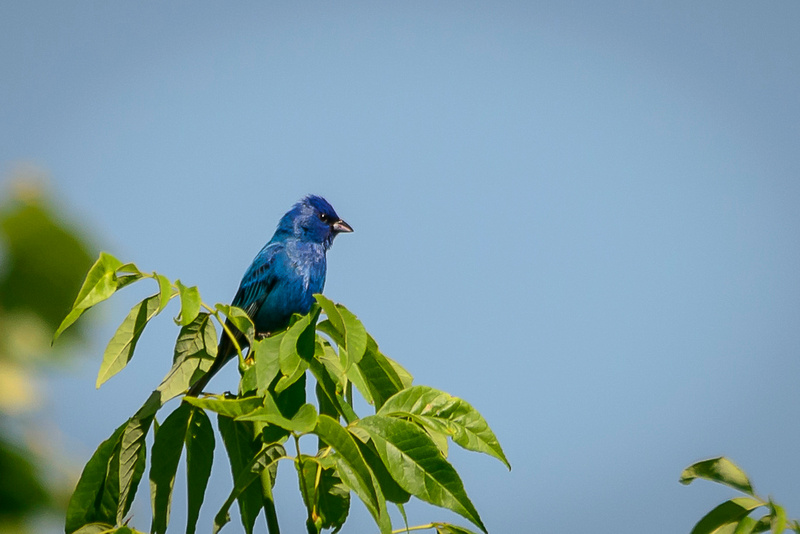 Also I have noticed that Indigo Buntings will sit up on top of a tree and sing...where the Grosbeak preferred staying in the shadows or on lower branches. They both live in the same sort of territory: grasslands, with trees, but Indigo buntings also like forest edges and as mentioned before they like being out in the open, up high.  For example, both of these birds above were photographed within a mile of each other, but the Bunting was in a high treeline surrounded by grass prairie (I was on a overlook when I took those pictures.)  The Grosbeak was in a shorter scrubbier "grove" of trees surrounded by the same prairie.  I have seen Buntings in lower weeds and small trees, but they were usually feeding.

The best way to find Blue Grosbeaks is to listen for them and start looking in the shadows. For Buntings, listen for the song, and look up.

At present time here in central Ohio, you will probably see Indigo buntings more than a stray Grosbeak, but as the years progress, it looks like the Blue Grosbeak might start showing up more in central Ohio wildlife areas, like Killdeer Plains Wildlife Area and Big Island Wilderness Area(my home areas)...if they are not here already. :-D

The Blue Grosbeak and Indigo Bunting are two of God's amazing flying creatures that on the surface seem the same, but when compared side by side there are sometimes subtle (like where they prefer to hang out), and sometimes...glaring (like a big honking bill) differences.  But each one of those differences is important to the survival of that species...JUST LIKE YOU! I am not like you, and...thankfully for your sake, you are not like me. :-D  Hopefully, we glorify God in different ways. Some of us are subtle and in the shadows, lifting one another up.  While others are on top of the mountains singing and bringing encouragement to the world...and that makes for an interesting rock to live on. :-D