I heard about a Bell's Vireo being at Big Island Wilderness Area Near Marion Ohio, and since it was my last Vireo for Ohio/Eastern US, I got up early to see if I could relocate it.  Pretty neat little bird...not the shiniest, or the most colorful, but still one of God's wondrous creatures.

A Bell's Vireo is a small, drab colored, insect eating bird of the central and southwestern United States and northern Mexico (Not Ohio :-D ).  It is found in the dense vegetation of scrubby woodlands, old fields, or mesquite brushlands.  It is similar to the Warbling Vireo, which is located all over the US, and the Philadelphia Vireo which is is more of a northern US Vireo, but migrates through Ohio.  The best  way to distinguish Bell's Vireos from the rest of the Vireos is their song.  For more info see Cornell Lab of Ornithology's page.: Bell's Vireo

(Click on the images to go to the gallery.) 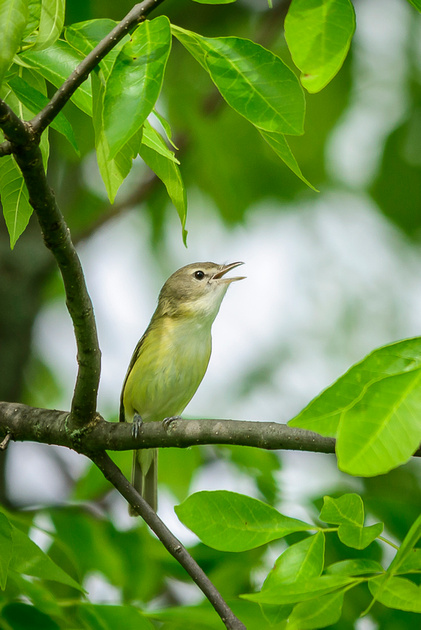 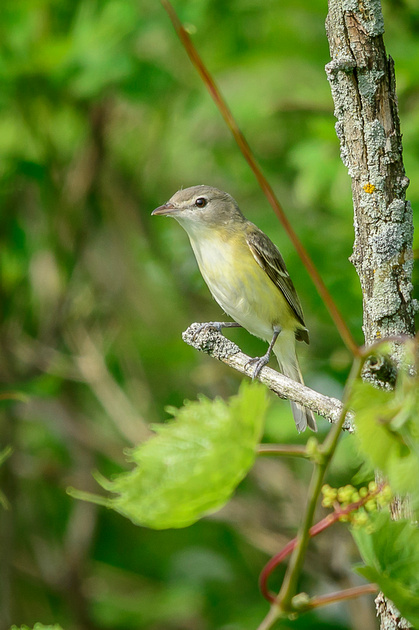