One of the great things about working for one of the major auto manufactures is that in July I get a paid week off work while the plant does major projects that can't be done while production is happening.  Usually I stick around the house and just chill, but this year since one of my daughters was at camp, and my other is all growed up, I decided to take my beloved on a trip to the East Coast and get some shorebirding in.

eBird was showing my target birds all over the eastern shore, so I needed local knowledge to narrow it down. I made a general inquiry on my Facebook birding pages of where would be a good place to get some shorebirds that would be still within a days drive (9hrs), and not OVERly touristy.  Chincoteague Island and the barrier island Assateague located in both Maryland and Virginia are better known for their ponies, but it was suggested for the birds I was looking for.  Assateague is a National Wildlife Refuge, and the shorebirds have free reign over parts of the beach during breeding season.  Barriers of pipe and rope are erected over parts of the Island that are considered above the high tide line, so that the birds can nest and human activity is minimized.  This is mainly for the Piping Plover, but other shorebirds use the areas as well.  Once the birds have fledged, the areas are opened back up for human activity.  Here is the NWR's page for the refuge: Chincoteague NWR .  Here is the Chamber of Commerce Website as well, they have lots of info for places to stay and eat etc.: Chicoteague COC .  If you have a bike, bring it...or rent one while you are there...It will help out on the paths.  Plus you can leave your car at the hotel, and bike anywhere on the NWR...for free...except where it is closed to all human activity. ;-)

We stayed at the Chincoteague Inn.  VERY no frills.  If you wanted to be waited on hand and foot...you might want to investigate somewhere else. :-D  This place has coffee...and that's about it.  But the rooms are clean, and they were the cheapest on the island for the days that we were there.  they also had a microwave and fridge.  There are not very many places to eat breakfast on the island...except for those higher priced hotels' continental breakfasts...There are a couple of places, but I would bring some fruit and cereal...JIC.  Lunch, Dinner, and Dessert is a different story...Go to Capt. Zack's...nothing was bad there but the wait.  Ask any of the locals about other places to eat.   There are a few other really good places, but I never left Capt. Zack's , and Pico Taqueria (EXCELLENT Tacos!) :-D

On to the birds.

I was there for two days, and picked up 10 life birds in very short order.  Plus I got some pics of birds I had seen before, but only fleeting glimpses.

Here are some of my better bird pictures in no particular order.  I have tons more that I am still going through so I will make another post of them later.:

At less than 12 inches, it is a very small Tern by comparison to other Terns.  In the pictures on the left of it is a soda straw.  I left it in there to show scale...(I would have Photoshopped it out otherwise.)  The eggs are about the size of a malted milk ball.  they are flying around the refuge defending their nests, and feeding along the shore. 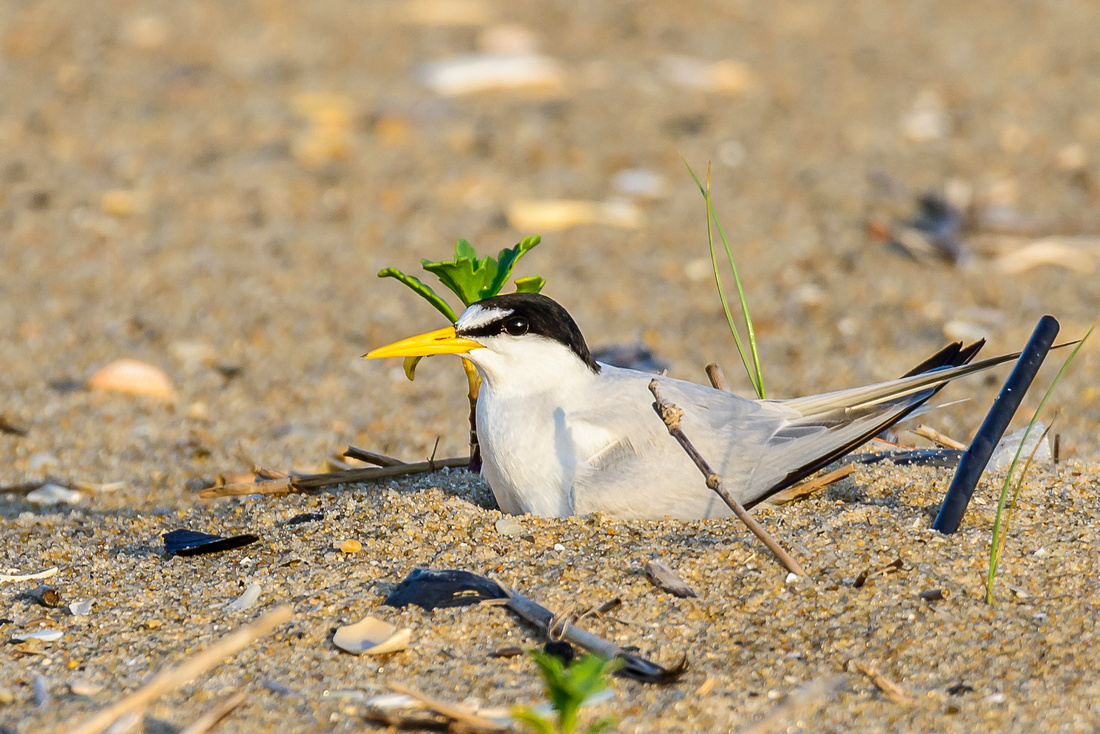 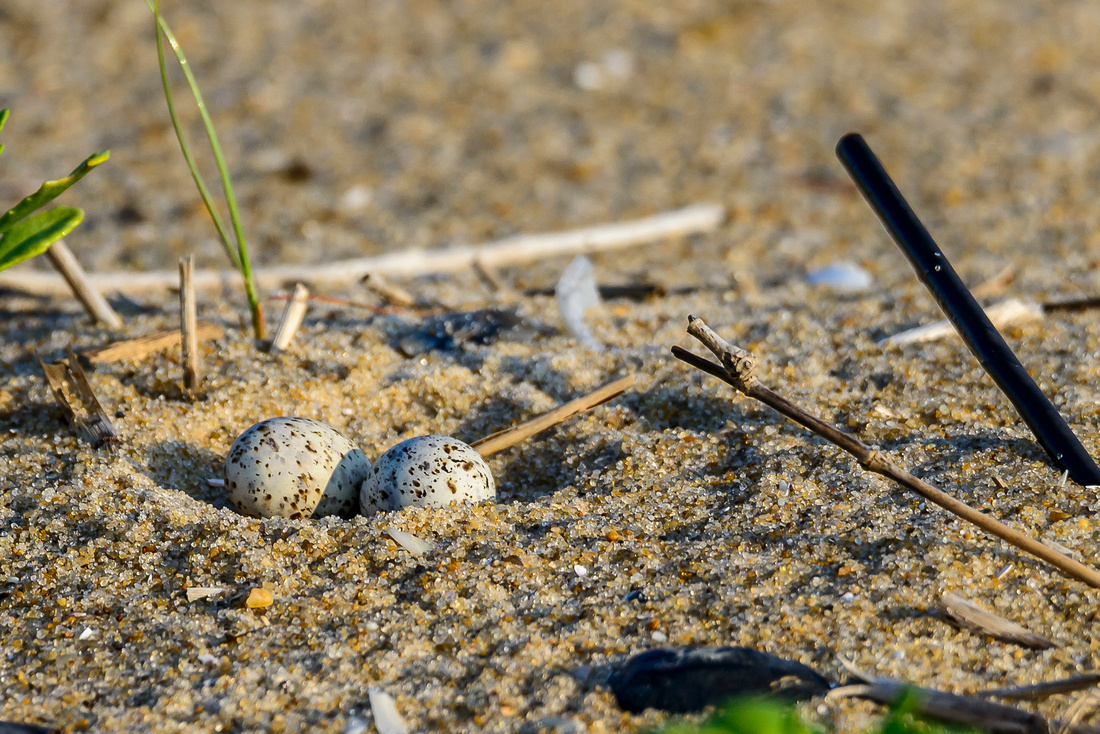 2. Piping Plovers are an endangered/threatened species which is the reason for all of the habitat preservation measures being taken by the NWR.  While walking in an area that isn't in the protection zone, I happened across a family of them out for a stroll.   This is one of those birds that I came here for, so I was thankful that God directed some into my path. :-) .  They are in the same family as Killdeer, and there babies look real similar...but these are less noisy. :-D  Full grown, they are about the size of a baby chicken.  The first two are full grown, the last is a newly hatched chick. 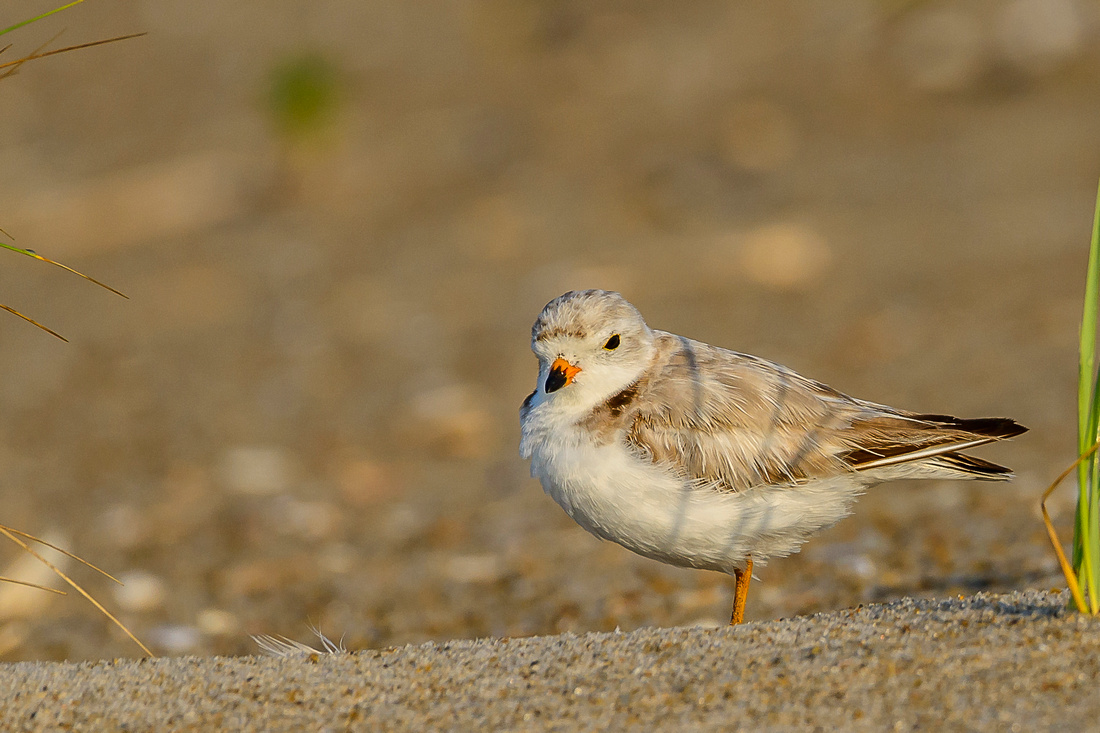 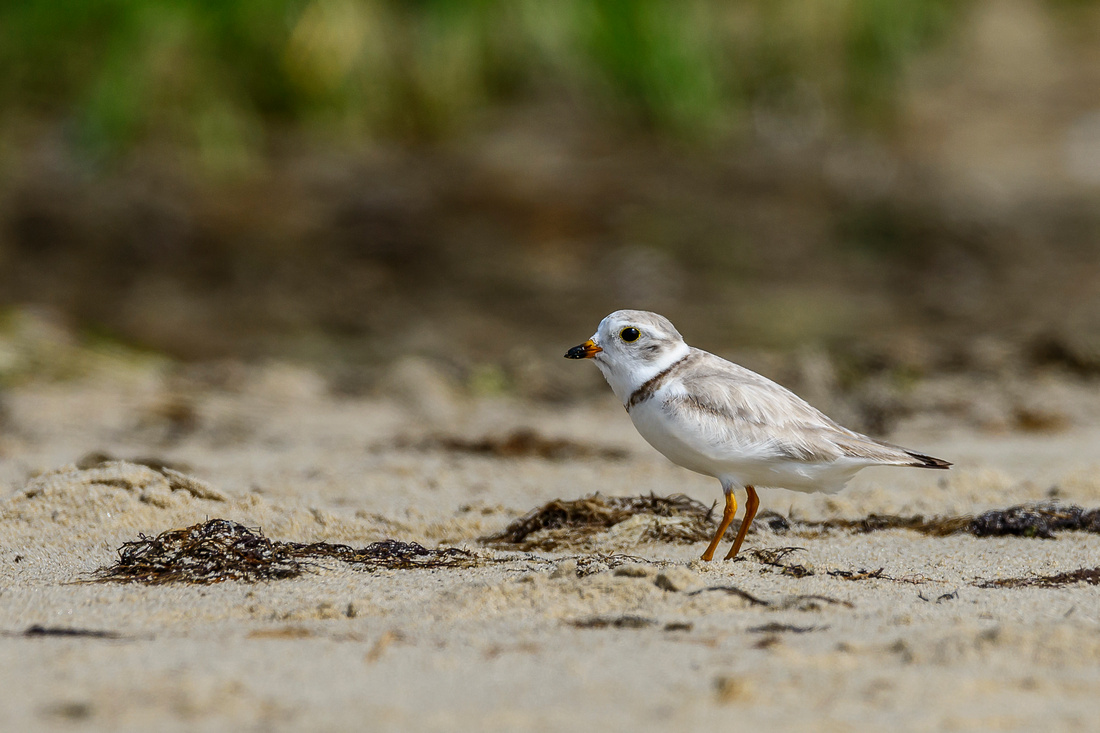 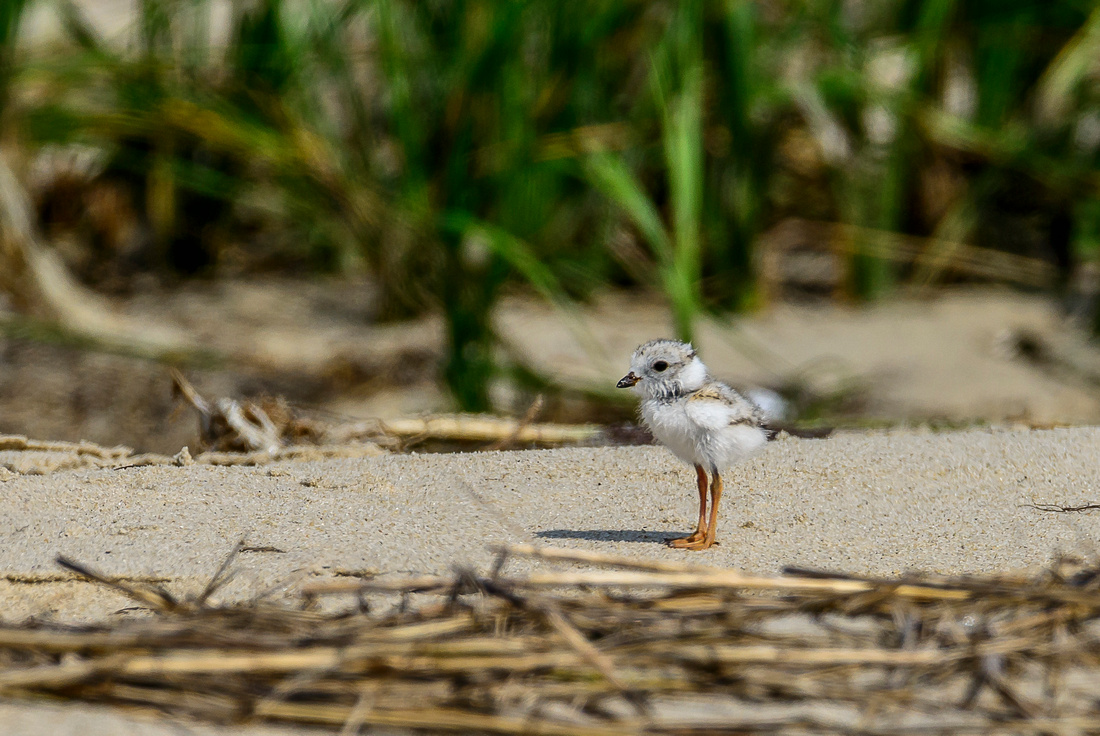 3. American Oystercatchers are one of those birds that area a little weird looking.  But do rather well there.  They probe the wet sand and mud flats for things like small crabs, mussels, clams and of course, Oysters. :-D  Several of these birds have "bracelets" or bands on their legs, they are there to help researchers learn about demographics, movement, habitat requirements, and survival.  So whenever I see a band, I always report it to the USGS. They report it to the bander, and send me a certificate when the bird is matched up to a particular band. I saw two different ones while I was there. According to the AMOY Working Group, there are about 3000 banded. 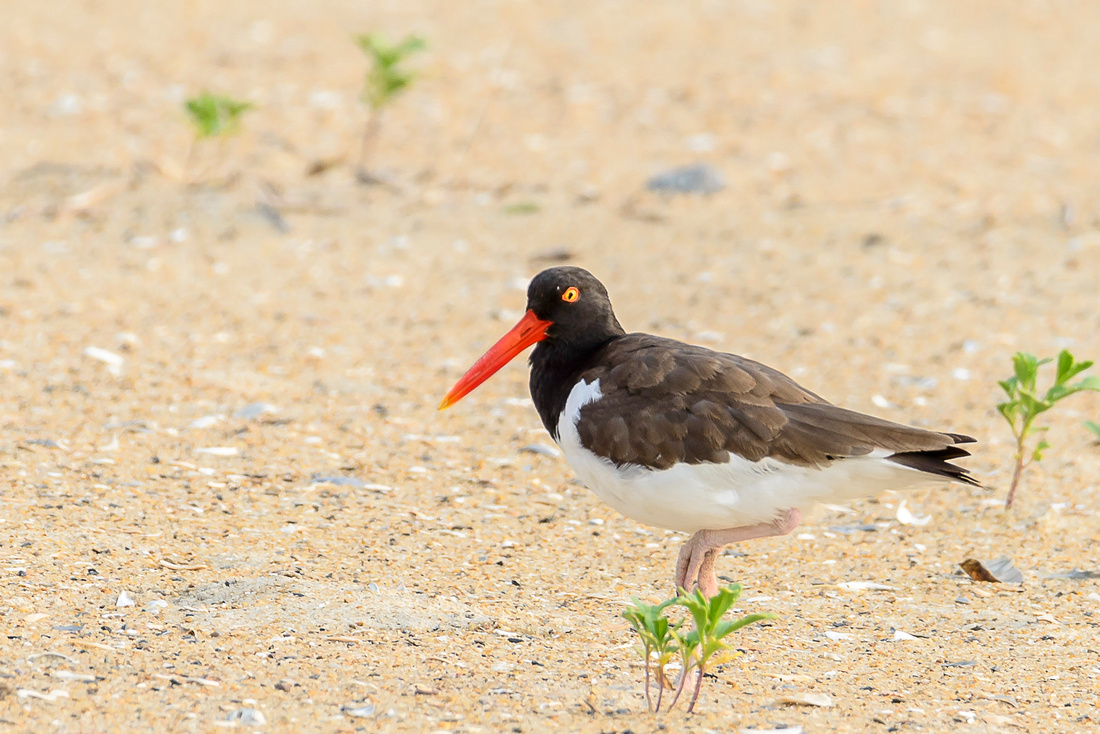 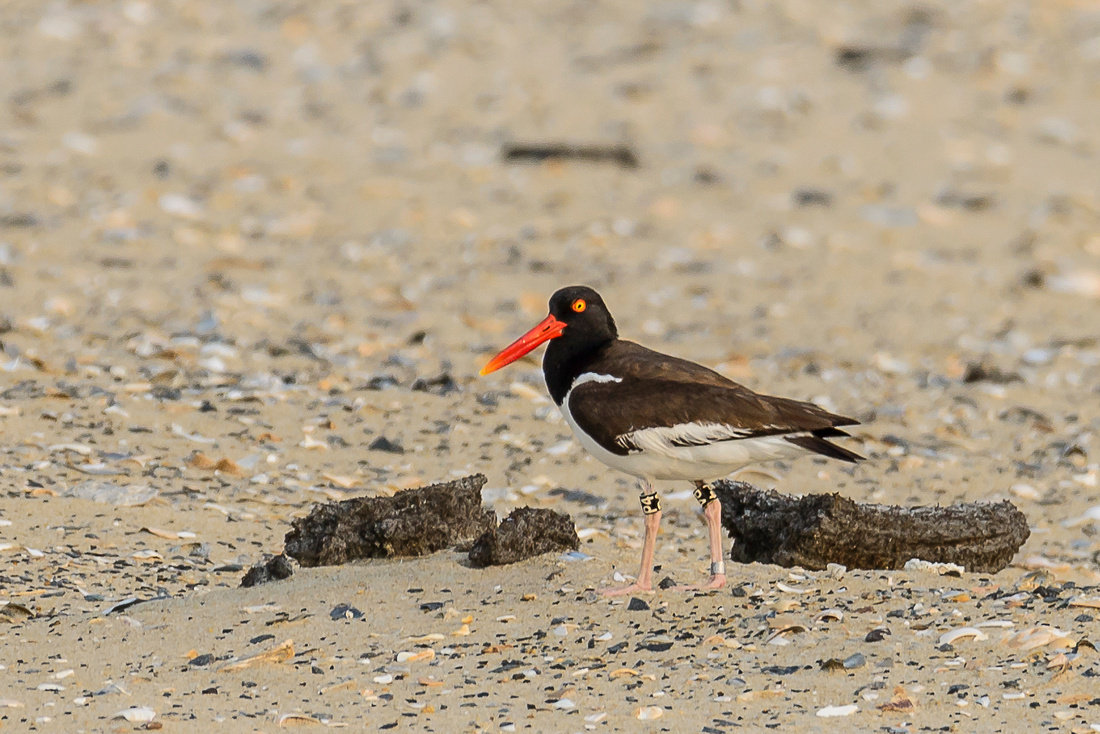 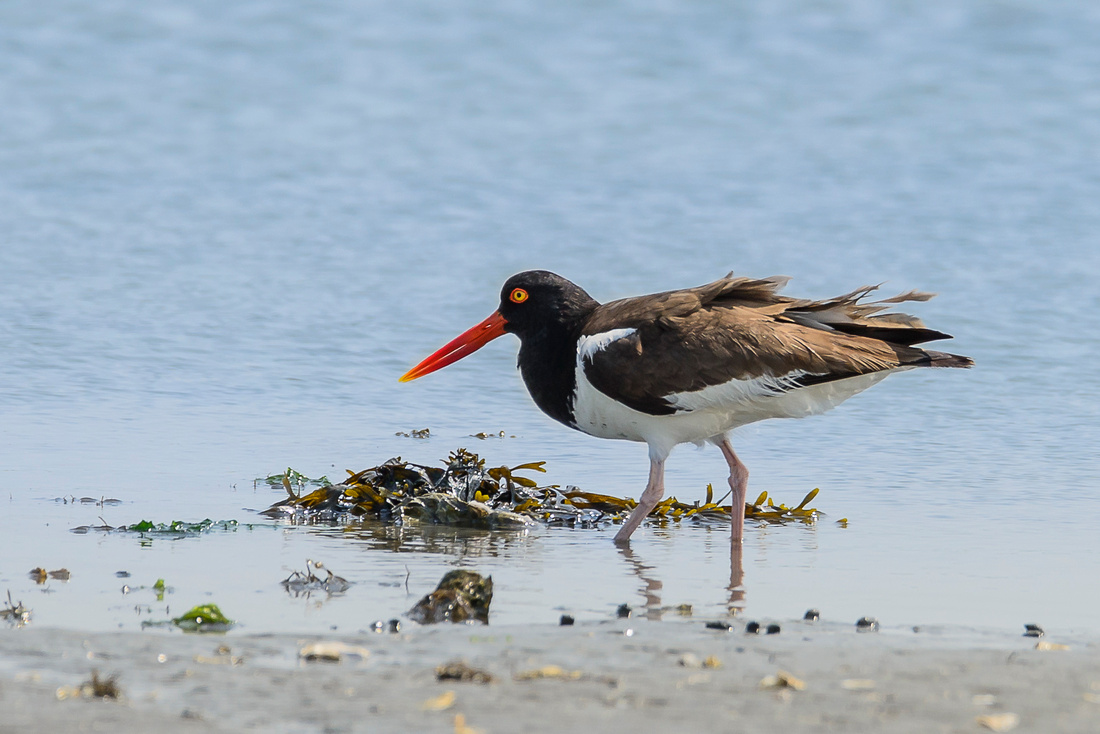 That's it for now...more to come later.